« Before You Buy a Whole Life Policy, Ask Yourself These 5 Questions | Main | Is Justin Bieber the New Face of Estate Planning? »

Roth IRA is the Next Generation IRA 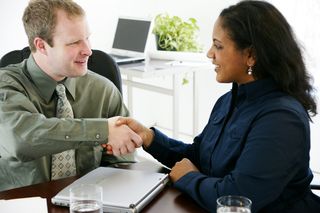 Younger investors are going for the Roth IRA instead of the traditional IRA because of its greater tax flexibility. Seniors, take note: there’s a good lesson here.

This time, the generation gap is not about music or clothing. Instead, according to Money Magazine’s article, “Why Older Americans Should Get Hip to the Roth IRA,” younger investors are choosing to put their retirement savings into a Roth IRA, taking a pass on the traditional IRA. Seniors, which now include Baby Boomers, should take a closer look at the Roth IR—as it has a number of advantages.

These skewed results developed naturally—as Roth IRAs have income eligibility limits for contributions, and traditional IRAs don’t (but there are limits on deductibility). Roth IRAs have appealed to younger, typically lower-paid workers for some time. Traditional IRAs, which have been around longer, see retirees rolling assets from their 401(k) plans into a traditional IRA. It is the rollover money that is the largest share of IRA growth.

A Roth IRA is funded with after-tax dollars, and that money grows tax-free. Plus, qualified distributions after age 59½ are also tax-free. With a traditional IRA, the investment is funded with pre-tax dollars. Typically, you receive an immediate tax deduction, and the money grows tax-deferred; however, distributions after age 59½ are taxable as ordinary income.

You’re not eligible to contribute to a Roth as a couple if your household income is more than $194,000—for singles, it’s $132,000. Also, contributions will phase out at slightly lower income levels. Nonetheless, even high earners can start a Roth by converting assets from a traditional IRA because—beginning in 2010—there’s no income limit on who’s eligible to convert to a Roth.

Uncle Sam says that you’ll owe ordinary income tax on any amount you convert. It’s generally not recommended to convert if you have to use converted funds to pay the tax. It would be a good time to consider a conversion when your income is down and you can convert at a lower tax rate—or when your investments have lost money, which would reduce your tax bill.

Not everyone’s tax rate goes down upon retirement, and it must be noted that tax laws are always changing, but if you put some of your retirement money into a Roth, you won’t have as much to worry about. A Roth conversion might be a useful addition to your overall estate plan. An experienced estate planning attorney will be able to help you evaluate whether or not a Roth IRA could work for you.

Reference: Money (August 8, 2016) “Why Older Americans Should Get Hip to the Roth IRA”

Posted by Legacy Counsellors, P.C. at 07:30 AM in IRA Planning | Permalink