« Could This Be the Year You Get Your Finances Organized? | Main | What is a Medicaid Annuity? »

Two Bronx Felines Continue to Enjoy the Good Life, Thanks to Their Owner’s Estate Plan 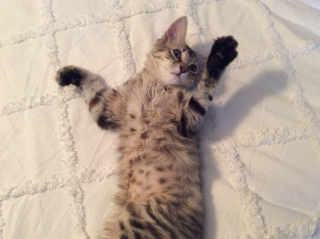 When furry companions are loved, humans plan for their futures by including them in their estate plan.

Here’s a different kind of Bronx tale, or perhaps Bronx tail would be more accurate: a Bronx widow left $300,000 in her will to her cats, with instructions that the funds be used for the care of Troy and Tiger. That’s a lot of kibble, says Wealth Advisor, which published “New York Widow Leaves $300G To Her Cats.”

Frey-Wouters was a native of the Netherlands, who worked for the United Nations. She died in 2015 at age 88. Her husband was a Brooklyn College professor who died in 1989. They had just one child who died in infancy.

Her attorney was surprised when Frey-Wouters suggested that she leave the large sum to her cats.

The attorney said he didn’t think that $300,000 was necessary. He pointed out the case of Leona Helmsley, who left $65,000 to a dog and became a subject of some amusement. In fact, Helmsley left $12 million to her Maltese, Trouble.

Frey-Wouters insisted that her cats be taken care of.

Let’s be clear –a pet owner cannot legally leave any part of an estate outright to an animal.  However, funds can be left to a person who is designated to care for the pet, with instructions that the money be used for the pet’s care. Pet trusts are also used to provide care for a pet after its owner passes away. If you have animal companions that may outlive you, speak with an experienced estate planning attorney to find out how you can protect your pets after you pass. Today, this is a very common wish by pet owners and one that can be addressed in the estate planning process.

Posted by Legacy Counsellors, P.C. at 07:30 AM in Pet Trusts | Permalink