« Can Charitable Giving Still Be A Part of a Tax Strategy? | Main | What About a Transfer on Death Designation for Investment Accounts? »

Will a Joint Bank Account with My Child Solve a Problem or Create One? 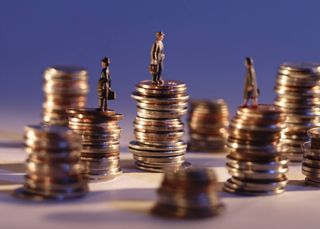 It seems like a simple answer: putting a child’s name on bank accounts, so they can access money, if needed, in an emergency or in the case of incapacity. There are some pitfalls to this strategy.

Adding adult children’s names to a bank account is a fairly common practice among aging seniors. If something unexpected occurs, the thinking goes, this will allow the child to have access to pay bills and any emergency-associated costs.

However, making the child a joint owner of a bank account or other type of account can have unexpected consequences that may lead to more problems than it solves.

As Kiplinger’s recent article, “The Trouble with Joint Bank Accounts 'Just in Case'” explains, the vast majority of banks set up all of their joint accounts as “Joint with Rights of Survivorship” (JWROS). This type of account ownership typically says that upon the death of either of the owners, the assets will automatically transfer to the surviving owner. However, this can create a few unexpected issues.

If Mom’s intent was for the remaining assets not spent during the family crisis to be distributed by the terms of a will, that’s not happening. That’s because the assets automatically transfer to the surviving owner. It doesn’t matter what Mom’s will says.

Remember that adding anyone other than a spouse could create a federal gift tax issue, depending on the size of the account. Anyone make a gift of up to $15,000 a year tax-free to whoever they wish, but if the gift is more than $15,000 and the beneficiary isn’t the spouse, it could trigger the need to file a gift tax return.

However, if Mom’s intent in adding a joint owner to her account is to give her son access to her assets at her death, there’s a better way to do it. Most banks let you structure an account with a “Transfer on Death,” or TOD. With a TOD, if the beneficiary passes before the account owner, nothing happens. There’s no possibility of a state inheritance tax on 50% of the account value. When the account owner dies, the beneficiary has to supply a death certificate to the bank, and the assets will be transferred. These assets are transferred to a named beneficiary, so the time and expense of probating the will are also avoided, because named beneficiary designations supersede the will. This is the same for pensions, IRAs and life insurance policies.

Setting up an account as TOD doesn’t give the beneficiary access to the account, until the death of the account owner. Therefore, the change in titling isn’t considered a gift by the IRS, which eliminates the potential federal gift tax issue.

There’s no such thing as a joint retirement account because IRAs, 401(k)s, annuities, and the like can only have one owner—it’s not possible to make someone a joint owner. However, if a parent becomes incapacitated, they still often would like their child to have access to all their assets, in addition to their bank accounts. The answer for these is a financial power of attorney. This is a document that lets one or more people make financial decisions on your behalf. This document should be drafted by a qualified estate planning attorney.

It is important to understand that many financial institutions require a review process of a financial power of attorney appointment. The bank’s legal department may want to review the document before allowing the designated person to make transactions. This can take several weeks, so be sure that all financial institutions where you have accounts have a copy of your executed financial power of attorney. Have it in place before it’s needed.

Instead of adding the child’s name to the bank accounts and hoping nothing bad happens, sit down with your estate planning attorney. Explain what it is you want to accomplish, and he will be able to provide you with a few options.

Posted by Legacy Counsellors, P.C. at 07:30 AM in Estate Planning, Inheritance | Permalink