State Estate Taxes to Consider When Planning a Retirement Relocation 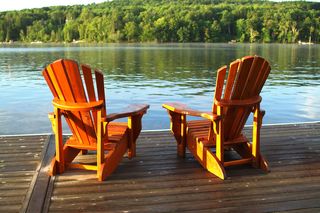 Chances are you wouldn’t choose to live in a state, where estate taxes take a big bite out of your estate. However, if you haven’t checked this out, do so before relocating.

Where you live and die could make a big difference in how much of your estate makes it to the next generation. It’s not information you’ll find in brochures for a continuing care community, so you’ll need to some homework.

While federal estate taxes apply no matter where you live within the United States, there are 18 states that have some form of state estate taxes or inheritance tax. To be clear, state taxes are taken from an estate before it’s distributed to the heirs.  Inheritance tax applies to the heirs, even if they live in a different state than the deceased.

Nebraska and Pennsylvania are the only states where children and grandchildren are not exempted. Nebraska law stipulates that immediate relatives are subject to a 1% tax on inheritance amounts above $40,000. In Pennsylvania, tax rates begin at 4.5% of inheritances for children and lineal heirs. Nebraska has the highest top inheritance tax rate of the states at 18%; other states range from 10 to 16%.

Each state has exemptions that are based on the amount of the inheritance and the heir's relationship to the deceased. These vary from state to state. If you receive an inheritance from someone who lived in one of the inheritance-tax states, ask an estate planning attorney about that state's tax laws. States categorize heirs into types for the purposes of assigning exemptions and tax rates—from two categories in Maryland to seven in Iowa.

You could say that any of the other 32 states are by definition the "best" states to die in, because they don’t have these types of taxes. There’s one of those mentioned above that is arguably the worst. That’s because it imposes both inheritance and estate taxes. Maryland levies a 16% tax on estates above $4 million for decedents, who passed away in calendar year 2018.

Here’s the list of the other states with estate taxes and their 2019 income exemption limits:

The size of the exemptions is fairly high, but when you consider the value of your home and your investment accounts, you might come close to hitting those numbers in certain states. State tax laws do change, so as you begin working on your estate plan, ask your estate planning attorney about the state tax levels. If you are planning on relocating in retirement, taxes and estate laws may be different, so address both a new estate plan and a tax plan, as soon as you get settled into your new home.