« Should You Add a “Baby-Nup” to Your Estate Planning Documents? | Main | Newly Discovered Type of Dementia: LATE »

SECURE and Consumers First Act Headed for a May Vote 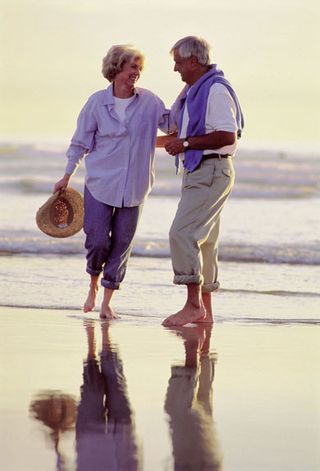 The headlines indicate that the concerns of seniors and personal finance are in the spotlight on Capitol Hill. Will the bills become law, and what will their impacts be?

The Setting Every Community Up for Retirement Enhancement (SECURE) Act of 2019 is making its way through the legislative process, with Majority Leader Steny Hoyer, Maryland (D), sending a “Dear Colleague” letter, informing his peers that it is his intention to bring the bill to the House floor in May.

Think Advisor’s recent article, “SECURE Act to Get House Vote in May,” explains that the SECURE Act passed the House Ways and Means Committee on April 2. There’s been action on a companion bill—the Retirement Enhancement and Savings Act (RESA) of 2019. That legislation has yet to be scheduled by the Senate Finance Committee.

In discussing the actions taken during the first 100 days of the 116th Congress, Representative Hoyer said that the House will soon take up H.R. 9, the Climate Action Now Act, “to affirm the principles of the Paris Climate Agreement, in spite of President Trump’s pledge to withdraw the United States.”

Hoyer signaled that a vote on the SECURE Act would follow “over the coming work period,” and noted that with the flood insurance program set to expire at the end of May, “I expect the House to take action to address that as well.”

Hoyer said in the next few weeks, “as committees continue to markup legislation, the House will also take up legislation to strengthen the Affordable Care Act and to address rising prescription drug costs.”

Another possibility for consideration in May by the full House is Financial Services Committee Chairwoman Maxine Waters’ Consumers First Act, H.R. 1500. That bill passed out of that committee on March 28. Waters’ bill is aimed at reversing the damage done to the Consumer Financial Protection Bureau, under former acting director Mick Mulvaney.

The Senior Security Act of 2019 would require the SEC to create a Senior Investor Taskforce. That bill could be up for a House vote very soon. The House docket also has a resolution on Supporting the Protection of Elders Through Financial Literacy.

The legislation echoes laws that have been passed in numerous counties and states throughout America concerning the growing problem of elder financial abuse. In this case, the bill includes a provision requiring law enforcement and regulatory agencies to work together to understand and detect elder fraud and scams. Education and cooperation among law enforcement, financial institutions, regulatory agencies and private sector organizations are necessary to effectively combat elder financial exploitation.